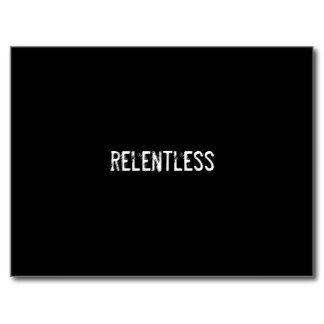 “Cheated.” That’s the word I used this past Friday in therapy. “I feel cheated.” I didn’t let the tears come but they were there.

Have you ever wondered if water cries? ~from a poem an acquaintance shared this weekend

The same thing that crushes us is often the reason we survive and are resilient. We learn early to reinvent ourselves. We learn to cope in different ways so when life throws us a swift uppercut we can pick ourselves up off the canvas and push through.

I’ve often thought that the first time I did it was when I was thirteen and went away to boarding school. I was trying to save my own life. But as I sit with my stories and reflect on my own resilience, I see that I started doing it when I was five and first climbed that plum tree in our backyard and started telling myself stories. Story was how I initially started saving myself.

I reinvented myself again when I graduated from college and learned that no matter what I did, it wouldn’t be enough for my mother. She would never love me the way I needed and wanted her to. A few months later I left an abusive six year relationship and started anew.

I did it again when in my mid-twenties I found out a love had betrayed me with someone I thought was my friend and everyone in our crew knew about it. I felt stupid and played. I bounced and started a new life. (Reinvention number 95.) That’s when I met my daughter’s father and shortly thereafter got pregnant. It was during my pregnancy that I turned to writing again. My daughter was months old when I quit corporate America for good and wrote my first novel. Not a year later, I left my daughter’s father and became a single mom. There were so many reinventions during this era in my life.

I floundered for a bit but eventually landed an editing job, my first real, full-time writing gig. I helped rebuild their website and even co-wrote a practical guide for young social activists in the three years I was there. Then, six years ago, I left that job to live this writing and teaching life.

When my brother died, I knew this grief could take me out. I’m in the middle of a new reinvention that comes as a result of sitting in that grief and confronting my life and the grief I’ve been carrying over being unmothered.

Who is this more whole and healed Vanessa? I’m discovering her as I live and love.

It’s ill when you realize that the same thing that haunts you is the reason you’re so resilient.

I had a conversation this weekend where I was reminded of the belief system that says you choose your parents. The woman shared that we choose our parents for a reason—for our souls to grow in this lifetime. I could understand what she was saying. I could receive it all while still owning that a part of me feels cheated. And I know (hope?) I won’t feel like this forever but right now, that’s where I’m at.

My daughter’s grandmother (her father’s mother) passed away two weeks ago. The memorial was this past week. That’s when my mother reached out. She was open, said she wanted to see me. I didn’t trust it, her. I didn’t see her. When she reached out to check on my daughter, saying she was worried for her, I grew pissed off. I let myself feel what I needed to feel because I’ve learned that ignoring your feelings does nothing to help the situation. My mother hasn’t checked on my daughter in months. She’s done this repeatedly throughout my life (40 years) and countless times since my daughter was born nearly twelve years ago.

When I finally responded a day later, telling her my daughter was fine, she wrote: “I know you’re a good mother…” I froze as soon as I received the message Friday morning. It soured my day. It was what my therapist and I dug into in my session later that day. And it was in therapy that I discovered what the anger was about: that I feel cheated and I resent that I can’t trust it when my mother reaches out. I don’t trust her to be gentle or tender. I expect her to be who she is: unreliable and unpredictable and downright mean.
Do you know what it feels like to not be able to believe your mother when she’s tender or kind?

My mother has never told me I’m a good mom. The closest she got to it was years ago, when my daughter was around 3. She told me one day, “I thought you were going to be a bad mother. You like to party and hang out. A ti te gusta la calle…but no, I was wrong.”

She’s never told me she’s proud of me. Not when I graduated from an ivy league university, not when I published my first book, never. She’s called me irresponsible and immature. She even accused me of being an alcoholic a few years ago. I know my mother is not well. I know she’s grieving and traumatized and I’m convinced she has undiagnosed mental illness… I try to be compassionate, but I still feel cheated. This weekend I let myself own it and feel it.

My partner’s family had a huge BBQ on Saturday. There were so many people, related by blood and not. They drank and laughed and talked and danced and shared. I watched and smiled and longed. I watched my partner defend her mother when someone acted out. And it wasn’t until last night, when I got snippy with my partner for no real reason that I realized what was happening—I was longing for that, the connection with my mother, and seeing my partner with her mom brought that up, though I couldn’t name it at first. I don’t resent her for it. Their relationship is something to aspire to with my daughter…but it would still be wonderful to have had that, to have that now…but that’s just how it is.