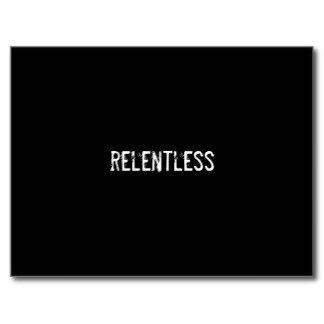 Today I am tired. I’ve had two days of being this tired. I can’t say it’s a specific thing. I can say that this week I went into my stories and sat with them and made connections and had epiphanies. I can say that this past weekend was interesting for so many reasons including a letter sent to my partner from a former friend of hers who insists she’s spiritual and loving but behaves to the contrary. 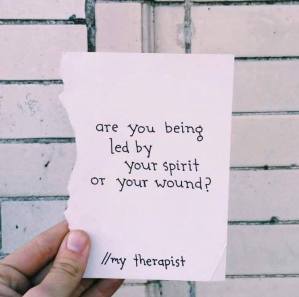 I’ve been guilty of being led by my wounds, probably more recently than I even realize. The thing is I’m all for looking at my shit and owning it. Not one of us is perfect or free from blame. What I’m not here for is for people who are so busy pointing the finger that they don’t take a moment to look at themselves…but that’s not what this post is about. This, I’ve decided, will be about me owning who I am, all my fierce and all my beauty. To do this I decided to share nine things I know about myself. Why nine? Just because… Here it goes:

* I can be really judgmental. I’m working on it but I know this about myself. I wonder sometimes if it’s my intuition speaking to me that sizes people up and makes decisions about who they are, but can you truly know someone fully? All of their layers and contradictions? I know that my intuition speaks to me loudly. When I haven’t heeded her call, I’ve paid the price. I am learning to tell the difference between when it’s my spirit speaking to me and when it’s my ego/my wounds. I will say that my intuition is spot on. She ain’t ever lied!

* I have some pretty strong triggers that send me reeling and ready to flip. I don’t like being condescended. That shit pisses me off. I have been known to read people who do this to me. That or I simply walk away because sometimes that shit is just too exhausting to even try. I don’t like people touching my face. Someone did that in jest this past weekend and it took everything I had in me not to get Brooklyn on her. It helped that she apologized profusely and owned up to being wrong.

I can trace both of these triggers back to childhood. My mother didn’t respect my face. I can’t count how many times she struck me in the face out of rage. She also made me feel small and incompetent. This was reinforced in boarding school and at Columbia when I was treated badly because I’m a woman of color. The times I was mistaken for a janitor or serviceperson because they couldn’t imagine me being a student at an Ivy League. Or just yesterday at Trader Joe’s when a man who overheard a conversation I was having with a writer I ran into (what up Caroline Rothstein?!) told me I should consider going to a conference. “Have you ever heard of Writer’s Digest?” he asked without waiting for an answer. He said I had the personality that could get me an agent and my manuscript out of the slush pile it was certainly headed to. His assumption was that I, a woman, a brown woman, a Latina, couldn’t possibly know anything about conferences or residencies or agents or the publishing world. I could have told him how wrong he was but I didn’t bother. I just smiled and walked away. Mansplaining: don’t do it.

* I am hella sensitive. I always have been. I was made to feel ashamed of it for much of my life. My mom has often said: “Ay, a ti no se te puede decir nada.” As if what she’d just said wasn’t biting or cutting or cruel. For a long time I was ashamed that I feel everything so profoundly. These days, I embrace that side of myself. My daughter knows that no matter how many times we’ve seen the movie Stepmom, I will cry a quiet, I-get-it cry. Just today, I saw a video of a man who collapsed with emotion when he was reunited with his mother who he hasn’t seen in ten years. I wept as he whimpered over and over, “Mama, mama…” My sensitivity comes from my thorough belief in love, my insistence that love is the answer and sometimes the question. As the Sacred Rebels card I pulled today said: “Love is the biggest deal there is. What else is worth being so sensitive about?”

* I’m just as tough as I am sensitive. My life has made me this way and I’m grateful for it. I couldn’t have survived what I have were I not this tough and no nonsense. People have made me feel ashamed of this too. They’ve told me I should be softer, more tender, more gentle. Of course it’s men who’ve said this to me. My ex would say: “You think you’re a man.” What they’re telling me is to be meek, weak, don’t stand on my own two feet. It’s a man’s job to be that, not mine, a woman. How dare I? My response then and now is: Fuck that, no. Meekness didn’t get me this far, relentlessness did, so Imma keep going me and you who disagree should stay out of my way.

* I am positive to a fault, or so I’ve been told. I’ve been called an idealist, the word hurled at me as insult. I was not then nor am I now offended by this. I am a positive person (though, yes, I do have my off days). I believe that in the end things do indeed work themselves out. I believe in my ability to get shit done and I believe that the universe conspires in my behalf to make my dreams come true. I wouldn’t have been able to quit my job six years ago to live this writing and teaching life did I not believe so fiercely and thoroughly in this. I wouldn’t have had the courage to create the Writing Our Lives Workshop and led more than a hundred writers through the journey of writing the personal essay. I believe now more than ever that this is important, necessary work, and can’t no one take that from me.

* I’m a sucker for apologies. I have had people do some trifling shit to me, but when they’ve apologized (if they have), I can let it go and forgive them (or I usually can, with some exceptions J) . My mind goes to my sister. During 9/11, my mother had everyone convinced that I worked in the World Trade Center (I didn’t, I worked all the way up on 57th and 10th Ave). It was impossible to get in contact with anyone as cell phones weren’t working so I couldn’t contact them to tell them I was okay until late that night. When I went to see my family the following evening, my sister threw her arms around me and through blubbering tears apologized for being such a bitch to me when we were growing up. She admitted to treating me horribly, to not being a good big sister. I cried along with her, shocked by her admission. See, I respect people who can apologize and own their shit. This marked a shift in my relationship with my sister. We aren’t close. We never have been. But I know she sees the damage she did and that right there is everything.

* I am stubborn. My partner calls me testadura. I know she’s right. When I make a decision, it’s hard to get me to change my course. This has pissed people off. It’s gotten me in trouble. I won’t apologize for it. I did say that I own who I am, right?

* I am tough as nails, yes, AND I am also incredibly loving and giving. I go all out for my friends and my students and even people I don’t know. I will hold space for you and walk with you as you release and cry and share your pain. I will also hold you accountable. I believe that being loving means calling people out when they do wrong or slip up. People get confused and misconstrue this as being unloving or cruel. I disagree. I had a former student tell me in an email that I was like “brillo” not too long ago. All because I called her out on not keeping her part of the unwritten contract when she decided to take my class—she didn’t read and critique the essays of her classmates as she was supposed to, and though she promised that she would, she never did. That behavior is unacceptable and I told her so. So, if I’m brillo because I hold you accountable then so be it. Someone has to. Being loving does not mean I am to be fucked with. Let’s not make that mistake again.

* My power sometimes intimidates people. As my mentor Mat Johnson told me, “When you walk into a room, people take notice.” It took me a long time to own that, and, to be honest, sometimes I still struggle with this. As an unmothered woman, I lived a long time with a love-me-please-love-me wound that made me seek love in all the wrong places. I wanted people to accept me. I wanted that more than anything. So, I would try to shape myself into who they wanted me to be (here I see an image of a contortionist) just so they would do just that—love and accept me. Of course this didn’t work. You can’t control what people think of you. They will accept you or they won’t. Recently, at a spiritual ceremony, a man told me: “People are often intimidated by you, but when they learn that you are just as beautiful inside as you are on the outside, they get comfortable.” He told me that their being intimidated is a sign that they don’t belong in my life. He said I try to please people and be kind to them when they don’t deserve it. “Just keep it moving,” he said. He’s right. This is something I’m still working on. I am not for everyone, and that’s really ok. 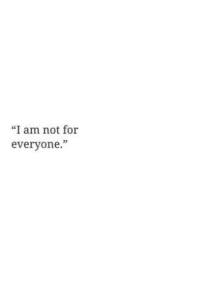