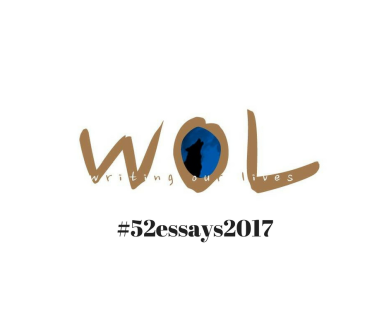 A couple I know had twins prematurely a few weeks back. My partner Katia and I went to visit them. They’re tiny. 26 weeks. Just over a pound each, they’re being held in incubators, fed through tubes in their belly buttons, they have tubes in their noses, and IV needles in their little arms, nodes on their chests checking their vitals. I didn’t realize I’d be triggered. I went to support this beautiful lesbian couple. I went to show them solidarity.

As soon as I walked into the NICU, I thought: That was me once…

The mom who carried the babies, is stoic and strong, but she was brought to tears that day when she said she couldn’t get her breasts to produce more than a few drops of milk. “It’s the only thing I can control,” she said through tears.

Her partner, who is always smiling and joking and making everyone around her feel warm, was all slumped shoulders and wet eyes. They both gush over their boys. They’re hopeful and so in love…

I can’t imagine what that must be like. I remember when I had my daughter nearly 13 years ago. The labor was so hard. 26 hours. I finally accepted the epidural at hour 18 when my doctor told me they would have to give me Pitocin to induce my labor because I was only dilated 3 centimeters. “I’m not supposed to tell you this but you’re having back labor, the most painful kind of labor there is. It’s gonna get a lot worse when we induce you. Take the epidural, Vanessa.” She brushed a wisp of hair form my forehead. I caved.

They finally decided to cut me open to get baby girl at hour 26. Nena started screaming before her body was out of me. Like she was sad to leave that place where I’d housed her.

Later, in the recovery room, a nurse came in and asked if there was a history of kidney disease in my family. I shook my head and asked, “What’s going on?” She said nothing but then asked me if I’d give them permission to do a spinal tap. “Just in case,” she said, a smile plastered on her face that I refused to believe. “No,” I shouted. “Bring me my baby.” They brought her to me a few minutes later. Her head was cone shaped because she was stuck in the birth canal for so long, she had my wide nose and these big, curious eyes that melted my insides. We stared at one another for a while. Then, I took out my breast and she latched on without issue.

I was that baby in an incubator. IV through my head because the veins in my arms and legs were too weak to hold a needle. I had nodes on my chest and head, monitoring my vitals. My body was bruised from the needle pricks. I spent much of my first year in the hospital.

It was an enzyme specialist visiting from Boston who took a look at me and discovered that I was born without enzymes to break down my food. That enzyme deficiency led to diabetes, or so I’ve been told. I didn’t know what all this meant except that I almost didn’t make it; and that it offered easy access guilting for my mother who talked about her “carreras con Vanessa.”

It’s now, at 41, after going to see my friend preemies, that I’ve really started to think about what it is I had and why my OB kept checking my sugar when I was pregnant with my kid.

Enzymes are very delicate proteins that are responsible for carrying out virtually every metabolic function, from the digestion of food to the synthesis of DNA.

We have around 3000 unique enzymes in our bodies that are involved in over 7000 enzymatic reactions.

Metabolic disorders are conditions that affect the way the body uses food (protein, carbohydrates, and fats) and converts it into energy or fuel. Under normal circumstances, a baby takes in food and then enzymes in the digestive system metabolize (break down) the food (or breast milk or formula), turning it into needed sugars and acids that the body can use right away or store for later. When a baby has a metabolic disorder, the body can’t break down the food correctly, which can cause the body to have too much or too little of certain substances (amino acids, phenylalanine, blood sugar to mention a few).

Allegedly, newborn screenings can detect dozens of metabolic disorders, allowing your baby to be treated before symptoms arise. But the screening they did on me in December of 1975 didn’t detect the condition I had.

Enzymes are biological molecules (typically proteins) that significantly speed up the rate of virtually all of the chemical reactions that take place within cells. They are vital for life and serve a wide range of important functions in the body, such as aiding in digestion and metabolism.

Some enzymes help break large molecules into smaller pieces that are more easily absorbed by the body. Other enzymes help bind two molecules together to produce a new molecule. Enzymes are highly selective catalysts, meaning that each enzyme only speeds up a specific reaction.

According to my research, babies with metabolic disorders often seem perfectly healthy after birth and show no symptoms — they can appear at any age, even in adulthood.

Symptoms showed up for me when I was just weeks old. I’ve heard stories about how sick I’d get. The diarrhea. The dehydration. The projectile vomiting. Mom didn’t know what to do. She told me of her carreras to the hospital. How hard it was to get the diagnosis. That doctors at Elmhurst Hospital told her that I wasn’t going to make it. That there was nothing they could do. That’s when she took me out of there. She had to sign a release form so she couldn’t sue the hospital if something happened to me. She carried me, on a makeshift board, to Columbia Baby Hospital, and it’s there that I was saved.

Mom says she took me back to Elmhurst Hospital when I was two. I was a chunky, bright eyed toddler by then. They didn’t believe it was me.

But it was that visiting specialist that saved me. He put me on a special diet that introduced amino acids to my body. I basically had to teach my body to create enzymes.

I think about the profundity of that, and I know there’s a metaphor there though I can’t think of it yet.

Dr. Babatunde Samuel writes: “A chemical reaction without an enzyme is like a drive over a mountain. The enzyme bores a tunnel through it so that passage is far quicker and takes much less energy.” (Source: Metamia.com)

I had to do this when I was months old.

At months old, I taught my body a skill that has carried me throughout my life: how to create my own pathways. Shit…

I’m tired of writing about my mother and this wound. I’m tired of this obsession of mine.

I think of Virginia Woolf, who wrote in her autobiographical fragments that were later compiled in Moments of Being, “Until I was in [my] forties”—until she’d written To the Lighthouse—“the presence of my mother obsessed me. I could hear her voice, see her, imagine what she would do or say as I went about my day’s doings. She was one of the invisible presences who after all play so important a part in every life.”

Woolf’s mother died when she was just 13 years old. In his LitHub essay, Christopher Frizzle reveals that Woolf believed that the death’s “shock-receiving capacity” was what “makes me a writer.” Frizzle writes: “She thought the productive thing to do with a shock was to “make it real by putting it into words. It is only by putting it into words that I make it whole; this wholeness means that it has lost its power to hurt me; it gives me, perhaps because by doing so I take away the pain, a great delight to put the severed parts together.”

I’ve been rereading some of my essays from the Relentless Files Challenge I did last year. In Week 20’s essay, I wrote: “What I’m realizing is that what haunts me isn’t so much that I’m unmothered but why I am unmothered. What happened to my mother that made her this way? What happened to the women in my family that hardened them and made them unable to mother their children?”

Natalie Goldberg says: “Writers end up writing about their obsessions. Things that haunt them; things they can’t forget; stories they carry in their bodies waiting to be released.”

In his essay, Let Obsession be Your Ally: Be Haunted by It, Steve Almond wrote:

When young writers ask me what they should be writing about, I always say the same thing: write about what you can’t get rid of by other means.

Because your obsessions aren’t there simply to fill your mind and heart with junk. They are the deepest forms of human meaning, even if they seem frivolous or shameful.

I’ve written two novels where my protagonists have strained relationships with their moms. The women struggle to become women on their own, without the guidance of their mothers. In both books, the strained relationships are resolved in the end. I tried in fiction, to get what I haven’t gotten in real life: closure, understanding, restoration…

I’m not sure if that’s what I’m searching for in this memoir I’m writing. I know that this obsession is exhausting but it’s not going anywhere. It creeps in all the time. No matter how cheesy the movie or show, a scene between a mother and daughter easily undoes me.

Last night I watched that corny ass movie “Snatched” with Goldie Hawn and Amy Schumer. There’s a scene where Schumer rescues her mom from where she’s being held captive. Schumer holds her mom and apologizes as she blubbers.“You’re always there. Sad or lonely, it’s 3 in the morning and I call… You always answer. You’re that person for me, mom.” I started tearing up. The scene was completely unbelievable and the movie is all sorts of absurd, but that scene still moved me. Why? Because I don’t have that. Because I’ve never had. Because I’ll never have that…hoping for it has caused more damage than I can describe, so relinquishing that hope was the safest and healthiest thing I could do for myself. And, still, there’s sadness in this. A deep sadness that walks with me.

There’s no sense in denying it. That won’t make it go away. I’m not sure anything will.

I was a mess when we got back from the hospital that day. I snapped at my partner, who was triggered for her own personal reasons. I’ve hesitated to write about this because this is a real situation that dear friends are enduring, and I don’t want to make it about me…but that’s not how obsessions or triggers work. They don’t ask for permission to come for you and drag you underwater. They don’t abide by any timelines or rules. They don’t have any sense of decorum or decency. They come and they haunt you. They demand that you pay attention and that you write about them. Here I am, listening…