I tried to go on a hike today but the rain stopped me. So I’ve spent much of the day lying on my couch, being still, watching the rain and two mourning birds come and go on my deck. Yes, I have a deck now, pa. You would have loved it.

Of course I google the meaning of visits from mourning doves because I am who I am. It’s said the mourning dove is a powerful love totem. That doves are sacred to Aphrodite and a slew of other love goddesses around the world. (Of course your gay ass would send me something so feminine. And of course you’re still flaming as fuck in the afterlife! Ha!)

It’s also said that doves are a heart chakra spirit guide, and they come around to ease your heart with their soft cooing. Mission accomplished pa. Watching them definitely soothed me.

Doves also visit to let you know that it’s time to simply stop and take a few deep breaths. To help you let go of the turmoil that is currently surrounding you… Shit. You always knew what I needed.

“…take the time to find peace within you. Hence, what you see right now is reality shifting in ways you never thought possible and that what you are truly looking for is just around the corner. The most chaos happens just before your dreams come true.”

May is always a hard month, because of Mother’s Day and your birthday, but this May has been a doozy. So much has happened in just a matter of two weeks. Bro, my most vulnerable essay was published a few weeks ago in an anthology called Not That Bad, edited by Roxane Gay. The book is on the NYTimes Bestseller list and it’s going to second print. It’s huge…and it’s been triggering as fuck because so much has happened around this #metoo movement… What I want you to know is that I am the writer I am today because you died. That sounds fucked up but it’s true. Your death upped the ante. I couldn’t run anymore from the real shit. I had to come face to face with my greatest wound: that I am unmothered.

You see, your death nearly took me out. You were Superman. You’re still Superman. No one has ever loved or believed in me like you did, so losing you sent me reeling. I always think of this quote from Cheryl Strayed’s essay “Heroin/e” when I think of that grief:

It is perhaps the greatest misperception of the death of a loved one: that it will end there, that death itself will be the largest blow. No one told me that in the wake of that grief other grief’s would ensue.

I wasn’t ready for what happened to me, but I crawled my way out, and I started confronting all those other grief’s, especially that grief over my relationship with mom. I’ve been digging into it ever since. And that essay in the anthology is the first big essay to come out of all that darkness and all that writing.

It took me seven years to write.

I remember the last birthday we spent together. I took you out for your 41st, remember? You were at that rehab on Rivington getting the meds you needed for your heart, the strongest stuff they had, and we convinced them to give you a day pass. You hated that place. You said you didn’t belong there. You looked down on everybody that was there, all people addicted to drugs with varying physical ailments, like you…but you didn’t see that. You didn’t want to see that.

I spent like $200 I didn’t have and you barely ate, but you were so happy. We walked around SoHo, me, you, mom, and Vasia. None of us knew that you wouldn’t make it to 42. You died six weeks later.

We spent your 40th together too. You met up with us at Camaradas. Titi was there, of course, since you share birthdays. But we were struggling then. Your addiction had put such a huge wedge between us, and I didn’t yet understand and I didn’t yet want to understand. I still resented you. I was still so angry. I hated what you had done to yourself. I hated what you had done to us. All the shit you’d done in your hunger to get high, to get away from those ghosts that haunted you. You lost my Guess stiletto sandals that night, remember? The ones with that fly ass heel. You insisted on carrying them when I took them off. Who knows where they are now. I loved those shoes.

I’m scared that I failed you, pa.

I remember that day like it was yesterday. It was in the last few months of your life. I’d be lying if I said I remember where we were exactly. Maybe at one of your doctor’s appointments when they were still trying to figure out what was wrong with you or maybe it was in the hospital when they finally discovered the infection in your blood. Who knows. I just remember the expression on your face. I remember the worry lines on your forehead and the corners of your eyes. We have the same eyes. The same worry lines… “I’m worried that I’m gonna die and you and mom and Dee are gonna fall apart.” I didn’t say anything. What could I say? What can I say now?

You were right. We fell apart.

Dee and I haven’t spoken in a year and a half. I remember what you told me about her. You were in the hospital then. You had that ugly gown on that you had to clutch so you wouldn’t show the world your ass when you walked. We were talking about her. About how cruel and mean she can be. Well, you called her a bitch and I just nodded and agreed because what else could I say? We talked about how neither one of us was ever close to her, though I worshipped her when I was a kid. I told you that she is much of the reason why I am a writer; how I would sneak up to her top bunk to read those Harlequinesque novels she wrote when she was a teen. You saw the sadness in me. You pursed your lips, sighed and said, “You gotta accept that Dee is jealous of you. When you accept that, it’ll be easier for you to deal with her and her shit, gurl.” I laughed. You didn’t. “I’m serious. She’s a bitch to you because she’s jealous. She always has been.”

You shared such sage advice during those last three months we had together. I’ve written them over and over, in my journals and essays.

When we talked about my plans for Writing Our Lives, you said: “That’s always been you. When you want something, you go for it. You’ve always been that way. Even when you were a little girl.”

When we talked about that time I beat up Wandy, the bully from the block, for saying some slick shit to you, you said, “That was the day I knew I didn’t have to worry about you.” I was all of nine or ten years old, not even five feet tall. She was tall and heavy, but I still beat her ass. Nobody could fuck with Superman. Not on my watch.

When we talked about my writing, you said, “Write it, sis. Write all of it.”

When we found out that you weren’t going to make it and I told you I was going to cancel my trip, you said, “You have to go write our stories, sis.” And so I went. And you died. And I’ve been trying to do that since: write our stories.

But pa, I still worry that I failed you, because what you worried would happen, has happened. Mom and I don’t talk. She wrote to me on Mother’s Day. A long, rambling text message where she didn’t hold herself accountable for shit; where she’s the victim and I’m the one who is to blame for what’s happened to us. But, pa, you know… You finally admitted it in your last days. You told me that it was true. That I wasn’t buggin. That mom did treat me differently. And you said sorry, like that was your burden to carry. But, shit, I didn’t tell you how much that meant to me. To finally be seen. To be affirmed.

I remember telling you that if anyone in the street treated me like mom or Dee did, I would probably flip out on them. “No, you would fuck them up,” you said. We laughed, but we knew neither of us was lying… You didn’t say anything after that, but I saw the way your shoulders slumped. That wasn’t yours to carry either.

What I can tell you is this: your niece Vasialys isn’t carrying what I did. What we did. I’ve made it my mission to break the cycle. I’m not the perfect mom. How can I be? But I try. I talk to her, not at her. I support her. I trust her. I do the best I can. And I apologize when I fuck up.

And, bro, I found love. I have a partner now. And she loves me good and tender. I remember when I told you I was queer. You laughed and said, “Bitch please, I done knew that when you was five.”

There was so much love between us. And so much heartbreak. I’m doing what I said I would. And am now the woman you said I was. I don’t think I was when you saw it, though I was in the becoming. But losing you pushed me here. I had to make a decision to live, because your death almost took me out. I remember the day I made that decision…

It was in that love that I found the strength to walk away from mom. And it hurts me to say that because it makes me feel that I failed you, but pa, if it’s meant saving me (which it has), then it’s worth it. See, not having her in my life hurts, pero it hurts more when she’s in my life… I had to make this decision for me. For my heart. I hope you understand. I hope wherever you are you see how choosing me has been the best thing I could have done, for me, for Vasialys, for us.

Happy 46, bro. I love you. I’m here. I will continue to write our stories. Come visit me when you can. Say hi to me in my dreams. Send me songs like you do sometimes, like that time that Depeche Mode song came on at Starbucks and I knew it was you…

Oh God, it’s raining
But I’m not complaining
It’s filling me up
With new life
The stars in the sky
Bring tears to my eyes
They’re lighting my way
Tonight
And I haven’t felt so alive
In years 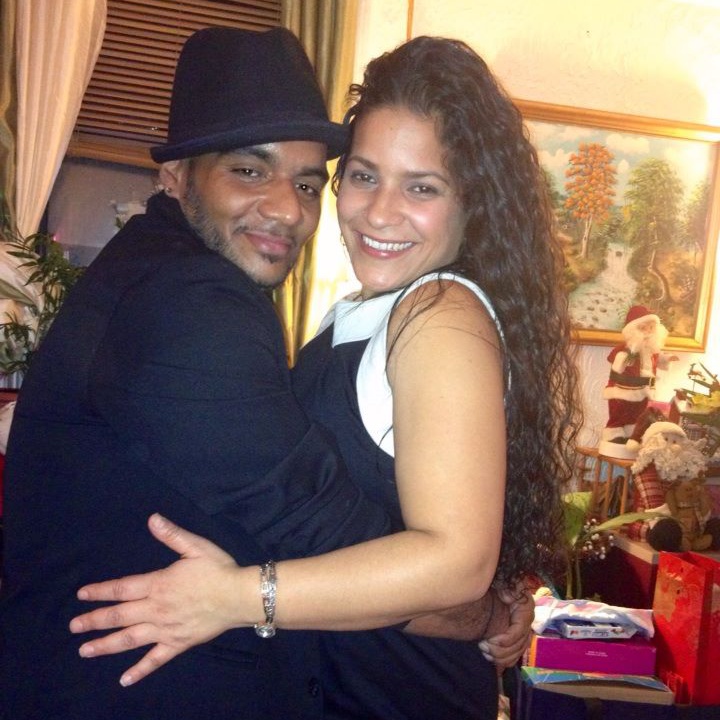