I started this essay on the plane from Minneapolis to NYC after a weekend trip that wasn’t what I expected but was obviously what was needed to learn some valuable lessons. Yes, I’m being vague but I’m still processing the events where I was antagonized and condescended (both to my face and by a coward troll on-line) and had to take steps to protect myself and my space. I may come back to write about it or I may not. What I do know is that it’s made me think a lot about how we show up in the world. I think about a meme I saw on Facebook: 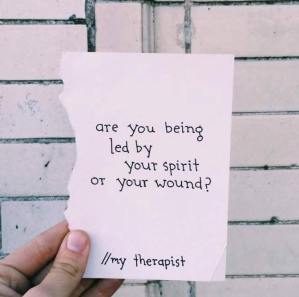 I digress… I was reading a lit mag (one of my faves, The Sun) when I looked out the window and was taken by the view. It was early evening so the sun was just behind us shining off the clouds, which were like white puffs of air scooped onto one another. I’m having a difficult time describing their beauty adequately; that’s the difficult thing about writing, some things you just can’t capture with words—how the moonlight shines through the trees, the way your lover looks at you, with such wonder, you just know that she adores you; the mischievous glint in your kid’s eye that gives her away when she’s about to do something like shove an ice cube down your shirt.

I started making a list of things you should know about Vanessa.

You should know I am in love with life and this universe, even when it’s hard and the ways of the world and people perplex and frustrate me. There is something about watching a baby giggle uncontrollably and the way two newly in love kiss, the way a wrinkly skinned elder laughs as she reveals a salacious secret about her youth. It reminds me of how beautifully painful this life is, so fleeting and how we can love and be in pain at the same time. Contradictory emotions can exist in one place.

You should know humans bewilder me. We can be so gorgeous and loving and giving one moment, and so vile and malicious the next. I was raised by a woman who was often cruel and detached. Through my work I’ve been able to distance myself enough to know that wasn’t about me, that the root of her shit comes from her never having gotten over what happened to her as a child and teenager, traumas she still carries. Here’s the thing: that doesn’t give her a pass, just like I don’t get a pass for having taken my pain out on other people in the past, and it doesn’t give you a pass either. We are responsible for our behavior and how we treat people. When you are an asshole, people have every right to tell you about yourself and demand respect. They have every right to deem that treatment unacceptable and tell you as much. They have every right to remove you from their lives, be they blood related or not.

That goes for the troll who stalks my blog (hey, girl, I see you) being her ugly-inside self. When you write things she did, I will tell you that you are ugly inside and I won’t apologize for telling you that. I don’t give a fuck how damaged you are, there is no pass for that kind of ugly. You should and will be held accountable for your behavior. If no one else will, I will, so careful how you come at me. I don’t have time for fuckery. Bye, girl, bye.

You should know that I can be a know-it-all. I’m not particularly proud of this but I’m willing to look in the mirror and own who I am. I’m not perfect but I hold myself accountable and I have people who I love and love me, who I trust, who hold me accountable. They see me. I see them. I will take it when they hold up the mirror.

Here’s the thing, yes, I can be a know-it-all, but I also can’t stand know-it-alls though I know where that shit comes from. I’ve been made to feel stupid and inadequate so many times in my life: when my mother would tell me “tu dejas la inteligencia en la escuela” or ask me why I couldn’t be like my sister, “ella no tiene que estudiar…”;when my Literature Humanities teacher at Columbia accused me of plagiarizing though she had no proof and made me rewrite a paper I’d spent a week on because I couldn’t possibly know how to express my opinion on Homer’s Odyssey so eloquently because I was brown and from the hood; when I was told all those times that it was affirmative action that got me into that Ivy League school; when people’s necks snap in my direction when I open my mouth to talk and questions follow: Where are you from? Where did you got to school? What do you do? Because I apparently don’t look smart or educated or like I’ve seen the world.

Know-it-alls become know-it-alls because at some point they were told that they ain’t shit and don’t know shit, so they went out and read books and learned about a lot of shit so they could feel worthy and adequate and like they know shit. At their core, they still feel unworthy and inadequate sometimes, often. (You can feel fierce and self-assured and inadequate at once. Trust me.)

This past weekend, I was reminded of how know-it-alls come across/how they show up in the world. We were sitting on the deck of a beautiful house one night. The mating frogs in the pond no more than twenty feet away were a croaky symphony in the background. It was a full moon in Sagittarius and I shared the rare occurrence that is happening in May and June—two consecutive moons in Sagittarius, one on  May 21st followed by another on June 20th. It’s a rare phenomenon but not unheard of. Listen, I don’t pretend to be an expert on celestial bodies. I stand in awe when my partner and our friend Damaris pick apart birth charts and talk about how planets in different houses influence us and how we move in the world, but I can read (which I do a lot of) and I can investigate. A few days before I’d read about the consecutive full moons in Sag. Instead of listening and asking questions, the queen know-it-all at the table said: “That’s impossible. Let me tell you how this works.” I was triggered by the condescension, the assumption that I couldn’t possibly know what I’m talking about. It wasn’t the first time said queen know-it-all antagonized me. I got up and walked away to woosah and stare at the moon in all her majesty.

The most disturbing part is that upon reflection I saw myself in that person and I didn’t like it. I know I can be a know-it-all too and if that’s how I show up in the world, I have to work on that because I don’t want to be the person who doesn’t leave herself open to learning from someone. We can learn from everyone. Yes, EVERYONE. I want to always learn and grow and stay open, and being a know-it-all doesn’t leave room for that.

Sometimes we gotta get out of our own way. I’m ready to get out of my own…

You should know that I believe that those people who want to tell me about myself cannot hold that mirror up to themselves. This is what I have to say to you: Kill that noise. Get the fuck outta here with that. I know who I am and where and who I come from—a long line of guerreras that you ain’t got shit on. I call them forward to remind me. They got my back. They remind me not to let weak people like you shrink me. It is not my job to coddle you or assuage your emotions. Fuck that, no. Direct that shit elsewhere. I’m walking away with my head up. You can seethe and choke on your own venom. That’s yours, you carry that. I know I deserve more. I deserve better.

I think of Audre Lorde’s “Poetry is Not a Luxury” which I reread this weekend thanks to a poetry workshop facilitated by Yoseli Castro at the Sankofa Sisterhood Writers Retreat: “As we learn to bear the intimacy of scrutiny, and to flourish within it, as we learn to use the products of that scrutiny for power within our living, those fears which rule our lives and form our silences begin to lose their control over us.”

I took back my power. I take back my power every time I write and teach and push back. Those scrutinizers don’t hold a candle to me. Never will.

You should know that I believe some friend break-ups can be just as heartbreaking as a romantic break up. My brother’s death gave me a new perspective on so much, including my friendships. There were friendships I’d clung onto out of costumbre. What’s the saying? La costumbre is mas fuerte que’l amor. I walked away from several friendships that had become toxic. I had to learn to love myself more than those relationships that were no longer feeding me. This was not selfish. This was self-care. I won’t apologize for doing what I needed to do for my own heart. Neither should you.

Boundaries are critical to self-care. Establish and impose them. Defend them with the ferocity of a loba with her cubs. Dismiss people who continually cross and push them. Your emotional health is more important than them. Do this too without apology. That self-sacrificial shit is for the birds, yo.

You should know that I love this work I do and I am meant to do it. The universe periodically reminds me of this truth. She reminded me this weekend at the Sankofa Sisterhood Retreat where I facilitated two workshops. The universe leans in, especially after moments when people have the audacity to tell me I’m this or that without really knowing who the fuck I am. They read my essays, my facebook statuses, follow my author page and assume they know me. I am so much more layered than that. We are so much more layered than that. This is only an iota of who we are, but still, people build narratives about you because you intimidate them or they see something in you that they can’t be or something about you triggers them and their shit and they can’t handle that you won’t be controlled by them, that they can’t crush you and make you question yourself; and so the spirits lean in to say: Mira, this is who you are. Recuerdalo!

I am confident enough in myself and my work and this woman I’ve become to know that I am important and my work is important and I am worthy and enough, so when they try, I can push back and say, “Nah, boo. I am Loba. I am unfuckwithable.”