I wrote this poem back in 2010 in a trance state while reading Dr. Clarissa Pinkola Estes book Women Who Run with the Wolves. I was somewhere between sleep and consciousness when it happened. Let’s just say, I had an out of body experience and when I came to, this poem was written. And maybe that’s why it’s stayed with me as one of the most powerful, telling poems I’ve ever written. In a few lines, it relays how I exist in the world, my fierceness and vulnerability, and how important this writing life is to me as a woman, a teacher, and a mother. After writing this poem, I took on the moniker Loba. Why? This poem is my answer.

Ella, la que sabe,
She was the ocean before the tides pulled
the sky before She married herself to the earth
the stars before They made heaven their blanket

I write for her
because at night
when all is silent
and She’s finally alone
She remembers and honors
that wild woman
the one you hear
feint whispers in your ear
that roar like dragon’s breath
telling you you got this, baby girl
Tu eres La Loba
She lives on
In You 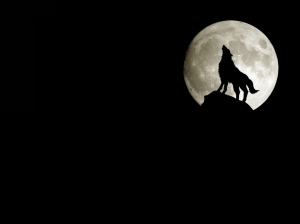