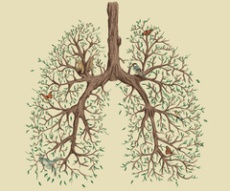 I got the call at 2:30 in the morning on June 24th. I was at a writing residency in Berkeley, California, thousands of miles away from my family in New York. “Your brother passed away.” I felt my lungs clench. Tight like an iron-clad fist. It’s only now, all these months later, that I’ve started to unclench that fist, finger by steely finger.

We got the news that my brother, Juan Carlos Moncada, wasn’t going to make it just days before I was set to leave. The 104 degree fevers that he’d been having every night for weeks was an infection in his blood that damaged two valves in his heart. He needed valve-replacement surgery but he’d destroyed his liver with fifteen years of drug abuse. The doctors said that even if he survived the surgery, he wouldn’t survive the recovery. There was nothing they could do. My Superman was going to die.

Minutes later, after we collapsed into each other in that sterile room they’d taken us to to break the worst news I’d gotten in my 37 years, I cupped his face in my hands. “Should I cancel my trip?” He pushed me away angrily and turned to mom, “Can you believe her?” I grabbed his chin tenderly. “No, this is between me and you.” He softened. “You have to go. I’m gonna be okay sis.”

My lungs have not been the same since I got that call. I stayed at the writing residency because I knew I had to honor my brother Carlos by staying, by writing and grieving him at the VONA/Voices workshops where the community held me like community does in these times. All I did that week was cry and write and smoke cigarettes. I smoked a lot of cigarettes. Then I quit in August, and, still, my asthma didn’t subside. It got worse.

On the morning of November 4th, my lungs almost gave out while I was hiking in the woods of Inwood Hill Park. The first time it happened was on the ten day cruise I emptied my bank account to take my mother on in August. I was in the gym working out when my lungs seized. I tried to keep going, to breathe deeply through it but they weren’t having it. I walked slowly to my room. The elevator ride down from the top deck to the first floor felt like an eternity. I closed my eyes. My breath was shallow and wheezy. I felt the walls of the corridor contract and expand with every gasp. The harsh chemicals used to clean the ship stung my nostrils and eyes.

When I finally made it to the room, I crawled to the nebulizer that was sitting at the foot of my bed and threw the mask over my face. That’s when I let myself cry. I stayed in the room for an hour, until my mom came in. I pretended to be asleep. I didn’t want her to know.

It happened again while jogging in late September. I was doing interval training, running up a hill as fast as I could and jogging back down. At one point, I felt my lungs seize before I made it to the top of the hill. My albuterol inhaler didn’t work. I started to panic. I stripped off my sweatshirt and put my head between my legs. The rattling of my lungs scared the shit out of me. I had to talk myself into calming down, breathing deep and purposeful, like I do when I meditate.

I ran away from the truth of what was happening until November 5th, the night after my lungs almost gave out in the park. I was writing about my brother. As soon as I typed “When my brother died,” I felt a sledgehammer hit my chest. The thermal I was wearing felt like a straitjacket. I started shaking and crying. I felt like I was hyperventilating, except I’ve never hyperventilated so I don’t know if that’s what it was. The nebulizer had been in the same spot next to my bed since I got back from the cruise in August. With shaking hands, I squirted an albuterol capsule into the mask and pushed it over my face. My breathing improved but I spent the next hour trembling and crying. I used the nebulizer four times over the next twelve hours.

There was no running from it anymore—grief had taken hold of my lungs. I had to do something and I had to do it quick. I reached out to my herbalist friend. “Of course your asthma is exacerbated! Grief is carried in the lungs.” Who knew?

Just weeks after facing the grief that’s made a nest in my lungs, I feel the strength of my lungs returning. I’ve been coddling them, talking to them and drinking teas that will help clear them out. I’m working out again and meditating and doing deliberate breathing exercises. I’m not out of breath all the time anymore, and although I’m not 100% back to normal, I’m much better.

I’m listening to my body. Are you?

* This essay was initially written for a website (which will remain nameless for now) that commissioned me to write about how grief affected my body. Six months later, after signing a contract, and having the piece accepted, I have yet to hear from them, so I withdrew the piece and am sharing it with you. I wrote this back in December and wanted to share it today because I’ve been feeling a tightening in my lungs since last week, and it’s no wonder really since Mother’s Day was on Sunday (& mom stopped talking to me back in December) and my brother would have turned 42 on May 16th…  I’ll explain my disappearance in a future post. Mad love!